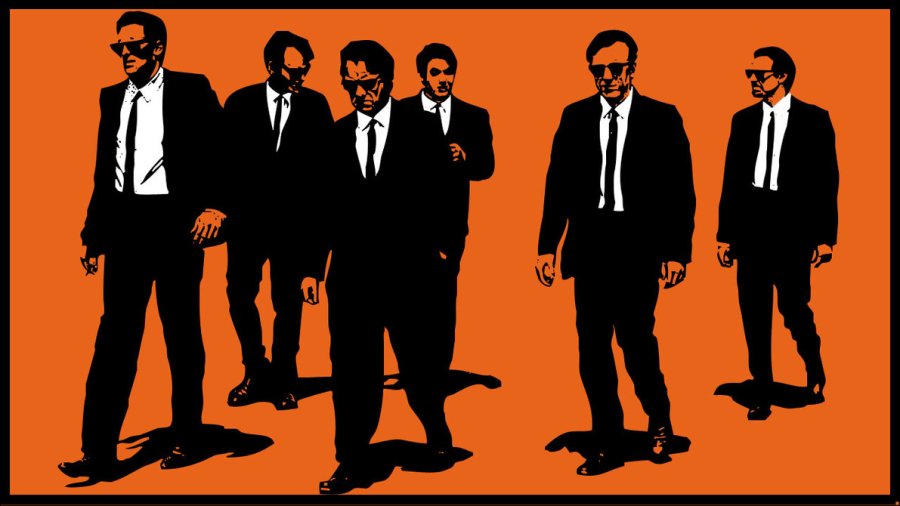 I saw a movie a while back about a bunch of hit-men trapped in a warehouse after a botched robbery. The hit-men are trying to figure out who ratted them out. The whole movie takes place in a warehouse! The whole thing! We don’t even see the robbery, we only see a guy running from the robbery. There is one random scene at the beginning which took place at a restaurant, and another in a car, I think, but for the most part, the movie has one setting. By the end of it, we know who the rat is, but over all…nothing happens!

That movie is called Reservoir Dogs. It’s one of my favorites of all time. *cue Kanye*

“JJ, what is this sorcery? You just switched like a light switch.”

Allow me to explain, disembodied voice.

Reservoir Dogs is a story of such small scale, of such little consequence, yet it’s stellar. How? How can a story that largely takes place in one ugly-looking room be stellar? Lovely ladies and classy gents, the answer is character.

Character, for me, is the most important aspect of every story.

Imagine this: a Mexican musician living in Detroit releases a couple of records in the early 1970s. His sales are pitiful. Then, in 1997, he wakes up to find that he’s actually sold more records than Elvis Presley…in South Africa. Little does he know that his politically charged, poetic lyrics have become rallying cries against apartheid. He doesn’t know about his explosion of fame because he isn’t receiving royalties. Word of mouth doesn’t reach him because people assume he had killed himself on stage while performing. Well, this man is known as Sixto Rodriguez, and he’s a real dude. A real, living dude. With a style often compared to that of Bob Dylan and a particularly remarkable first album (Cold Fact), he’s a man worth knowing. Rodriguez’ story is shared in the documentary Searching for Sugar Man.

Check out the first lyrics to his song, “Rich Folks Hoax.”

The moon is hanging in the purple sky
The baby’s sleeping while its mother sighs
Talking ’bout the rich folks
Rich folks have the same jokes
And they park in basic places.

The priest is preaching from a shallow grave
He counts his money, then he paints you saved
Talking to the young folks
Young folks share the same jokes
But they meet in older places.

So don’t tell me about your success
Nor your recipes for my happiness
Smoke in bed
I never could digest
Those illusions you claim to have going.

Rodriguez’ story is undoubtedly a fascinating one. I mean, does anyone find his story to be underwhelming? I wouldn’t think so. This man’s life’s plot has merits of its own, but I wouldn’t be sharing it with you if Rodriguez wasn’t who he was. Even after touring South Africa and Australia and the US and a host of other places where he eventually gained fame and fortune, he still, to this day, lives in his little apartment in Detroit. He’s soft spoken. He’s humble. He hardly seems fazed by his own staggering, unlikely story. It’s because of Rodriguez, the man, the character, that I chose to share his story. If the guy was an egotistical dufus, I wouldn’t give him the time of day.

If the most remarkable story ever told is written about the least remarkable of people, I simply won’t care. Think about it this way: if somebody you do not care for shares a crazy story about how he scaled Mount Everest in seven minutes or had a conversation with a gorilla, you might be mildly intrigued. Mildly. On the other hand, if your closest friend shares a remarkable story, you will be far more invested and interested in what your friend experienced. Why? Because your care about your friend! I would much rather a story be character-driven than plot-driven.

Reservoir Dogs is founded upon the strength of its characters and the dialogue between them, not its plot. Sure, the movie has a sound plot, but the movie’s heart lies with Mr. Orange, Mr. Yellow, Mr. Pink, and all the rest of ’em.

I figure I’ve made my point. I want to hear from you. Which do you prefer? Character-driven stories or plot-driven stories? Let’s talk in the comments below.

59 thoughts on “Why I Value Character Over Plot”